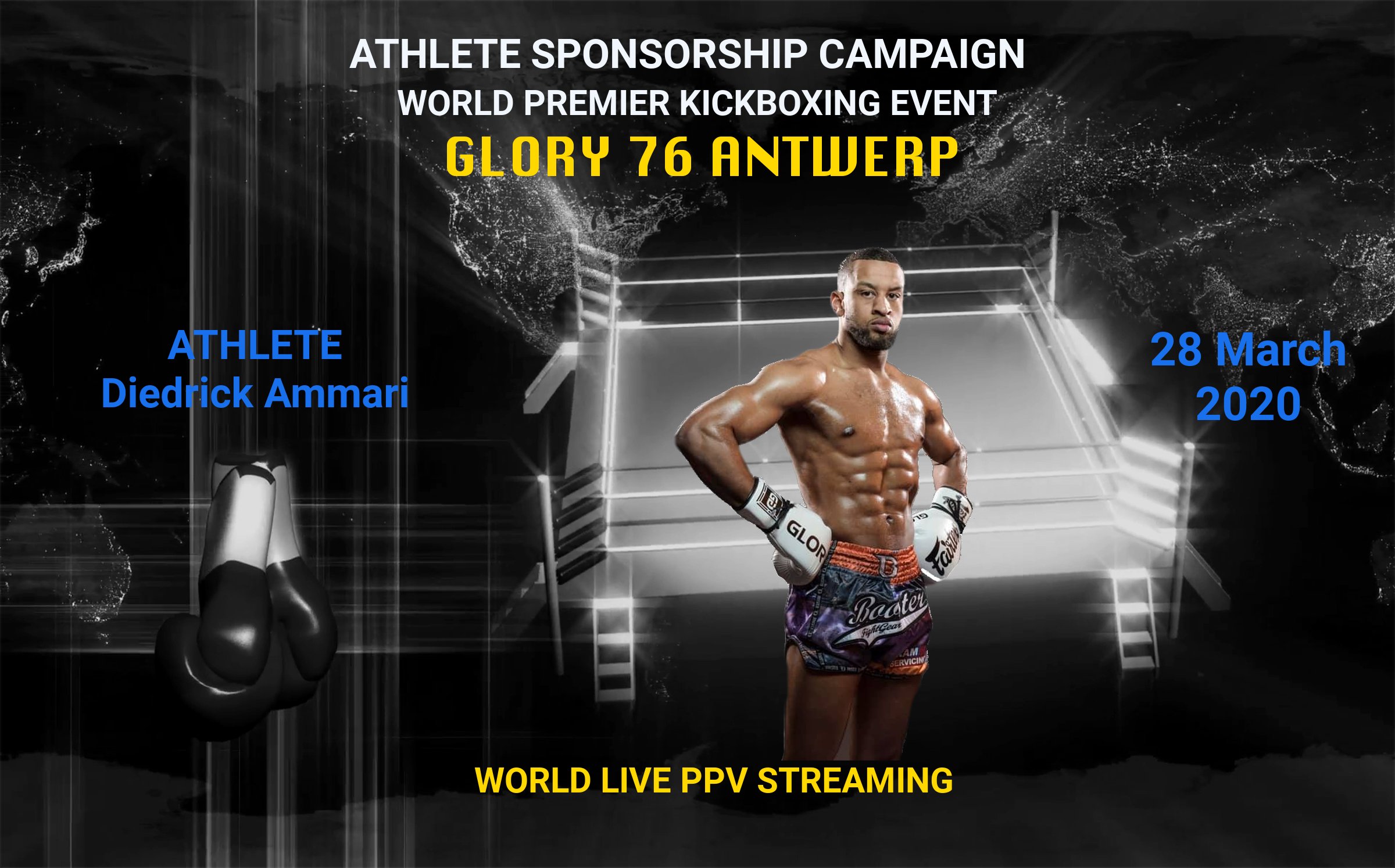 ADVERTISE YOUR COMPANY IN A WORLD LIVE PREMIER EVENT

FIGHTER SHORTS – Advertise your Brand with Diedrick Ammari at the Glory 76 Event and reach a huge audience with a Live streaming world wide.

T-SHIRT ENTRY FIGHT- Advertise your Brand with Diedrick Ammari at the Glory 76 Event and reach a huge audience with a Live streaming world wide.

Born in London but raised in Derby in northern England, Ammari Diedrick credits early engagement with the art of Muay Thai

“I want my name to be remembered as one of the top fighters of this generation. My name has to be legendary – I want a legacy that my future family can be proud of.”

Diedrick competed with success on the UK circuit and was already making a name for himself when he accepted a late call for a slot in an eight-man ‘Road to GLORY’ tournament.

Despite being nearly 20 lbs lighter than most of the other fighters in the tournament, Diedrick blew through it, stopping two of his three opponents in the first round of their fights.

The win earned him a multi-fight deal with GLORY and ushered him into the international ranks, where his campaign to make his name a great one continues.